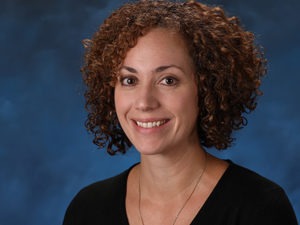 Since 2005 Tara has served in various research support positions for clinical and biomedical research. From 2005-2007, she served as a Research Associate for the Pediatric Practice Research Group (PPRG)at Ann & Robert H. Lurie Children’s Hospital of Chicago where she was responsible for planning, executing, and managing PPRG grant-funded research projects. In 2007, she was promoted to serve as Assistant Director of Grants and Contracts in the Office of Sponsored Programs, where her primary responsibilities included identifying funding opportunities, budget writing, proposal editing and review, contract negotiations, tracking and reporting proposal activity, and outreach and education. In 2013, she joined the Research Administration Services team at Northwestern University Feinberg School of Medicine (FSM) as a Manager Research Administrator where she led teams who provided proposal development and award administration services to several FSM departments. Tara joined the Research Development team at UCI in 2015 to support the research programs of the School of Medicine. In her career, Tara has helped investigators successfully compete for grant funding from various federal and foundation sponsors. She holds a bachelor’s degree from Loyola University Chicago and a master’s degree from University of Chicago.